In 1939, Evelyn Sloan began to preach in an empty lot in north Clifton. Dora Bath and approximately three other families accompanied her. This group became the forerunners of First Assembly of God.

In September of 1941, Rev. and Mrs. Henry Hines, who pastored in Lordsburg, NM felt the call of God to start a new church work in Clifton, AZ. They had much trouble finding a lot to build a building. During this time, church services were held in Sister Philip’s home on Hill Street. Services later moved to the Union hall on Chase Creek. Wooden benches were built to sit on. Street meetings would start, the owner of the liquor store across the street would come out, lock the door, and not let anyone in his store while the services were going on.

Early in the Spring of 1943, the congregation leased property from the Phelps Dodge Mining Company to erect a small church building at 113 Riverside Drive. In the summer, while the church was being built, services were held in a large tent. Attendance was good during that time. The building was only a shell when the people moved in. Too cold to continue to hold services in the tent, the people moved into the building and placed a large fuel oil stove in the center of the building for heat. There was only a sub-floor andn ceiling; there was no wall board on the inside walls. Later that year the Lord called Rev. and Sister Hines to another place to build another church.

Rev. and Mrs. Williams became pastors, staying only three months because World War II has begun, many people were moving away and many of the men were called into the Armed Services.

In 1944, Rev. and Mrs. Martin McDonald became the pastors of the church. When the war was over in 1945, several people moved back to Clifton. During their pastorate, sheet rock was put up onn the walls annd a ceiling was installed. By 1946, only three families were attending church. Bro. and Sis. McDonald accepted a church in Texas and moved away.

The little congregation began to meet in the home of Bro. and Sis. Brown in Plantsite, because all the congregation lived there. This continued for a period of about four months.

In the summer of 1946, Rev. and Mrs. Bert Robinson became the pastors and the people moved back into the church building. God began to bless, and new families began attending. There was a strike at the Copper Mines in 1946, and times were bad for all. Two rooms were built at teh back of the church for the pastor to live in. Also, a new floor was installed over the old sub-floor, and new siding on the outside of the building. The Lord then called Bro. and Sis. Robinson to Phoenix.

Rev. and Mrs. Al Sharp became the pastors at that time. The church grew in numbers. The Sharps were here for a short period of time.

Somewhere around 1947, Rev. and Mrs. Amerson came to pastor and were here for two years. They built up the attendance. The parsonage was built during their pastorate.

In 1949, Rev. and Mrs. Leonard Owens came and stayed for two years. During this time, Bro. Owens added the Youth Hall, two classrooms at the back of the church and two other rooms. He also added a back room and a service porch to the parsonage.

Rev. and Mrs. McQuary were the next pastors and stayed almost a year. He was a man of faith and had a wonderful ministry of healing.

Rev. and Mrs. Leonard Owens returned to pastor and stayed for almost a year. During that time the church bought and installed theater seats in the sanctuary, replacing the old wooden benches that had been used since 1941. Two restrooms were also added that year.

Rev. and Mrs. Opal Objorn came as the next pastors and stayed for about one year.

Rev. and Mrs. Benchly Bates were voted in next and stayed for two or three years. There were a lot of young people attending the church at that time. One Sunday there were twenty young people in class.

In 1959, Rev. and Mrs. William Blount became the pastors, staying for ten years. During this time the building was remodeled inside and out. New tile was put on the sanctuary floor. New metal chairs were purchased. Major work was done to the parsonage with new tile installed on the bathroom floors.

Rev. and Mrs. Larry Tuton became the next pastors in 1969. In 1972 the church and the parsonage suffered great damage by a flood. The congregation met for a few weeks in the new Morenci Restaurant, then moved into the old Presbyterian church building in Clifton while the church and parsonage were restored. Interestingly, several people began to pray over the current church property in Morenci at this time and claim it for the Lord. The restoration of the church in Clifton added new carpet on the floor and padded pews.

In 1975, Rev. and Mrs. Kirkpatrick became pastors and stayed about one and a half years.

Rev. and Mrs. Edmund Picker became the next pastors and stayed until May of 1983. During this time additions were made to the front of the church building which included a nice foyer, nursery, and pastor’s study. Also during this time a number of people continued to pray over and claim the current church property in Morenci.

Rev. and Mrs. Vernon Porter assumed the pastorate in July of 1983. Ten weeks later, on October 1st, a flood came and damaged the church and parsonage beyond repair. Services were held in the Shepherd of the Hills Presbyterian Church in Morenci for the next 4 weeks, with services only on Sunday and Thursday evenings. Then the Church of Christ in Stargo arranged their services so we could conduct our services there on Sunday morning, Sunday Evening and Wednesday evening. First Assembly will ever be grateful to those kind people. Services were held there for eighteen months and all previous attendance records were broken. We had to move out of that building because Phelps Dodge Mining Company needed the property to expand mining operations. We were then blessed by the Morenci School District when they rented us rooms in Longfellow School.

On September 29, 1985 we were able to move into a portion of our new building built in Morenci on the land that had been prayed over and claimed many years before! Work continued on our new building and on November 10, 1985, God blessed our congregation with a 13,175 square foot building. Dedication day was December 8, 1985. Also during this time a Christian school was started that stayed open for almost 2 years.

The Portors left inn April of 1987 and Rev. and Mrs. Lonny Rutherford came to be pastors inn May of that same year. Under their ministry the church experienced the highest average attendance in its history (approximately 175-200 people).

The Rutherfords left in January of 1989 and Rev. and Mrs. Cal Swenson came to be pastors in February 1990. During their time of ministry the baptistery was installed and the sidewalks were poured around the building. Because of God’s blessing and the faithfulness of the people, the mortgage payments were increased. The Swensons left in August of 1992.
In September of 1992, Rev. Tim and Jan McIntyre became the pastors. Under their ministry the shrubs were planted and the parking lot paved. Due to continued blessing and growth, the mortgage payments were again increased and the building was paid off on Monday, March 4, 1996 – nine years early!

Rev. Jerry and Cindy Trewern came in 1996. During their tenure, the departmental checking accounts were unified into one account, thus giving the church two checking accounts and better bookkeeping. They resigned in May of 1999.

In August of 1999 Rev. Carl and Tina Vanderpool accepted God’s pastoral call. Under their leadership, attendance returned to early 1990’s numbers. The financial business of the church grew by 15% and the missions budget balanced. Part of the process was the purchase of a new computer system and the installation of one major accounting system by which all funds would be put into the checking account and under one check writer. During their ministry, the church underwent major renovation by stabilizing the exterior walls with pillars, furring out the exterior walls, replacing the swamp coolers with refrigerated cooling, installing central heating, building a porch to cover the entry way, replacing the carpet, replacing the pews with chairs, rebuilding the sanctuary stage, and installing a multimedia system. Because of their hard work, First Assembly of God now has a modern facility in which the sanctuary seats 200. There are 7 classrooms, a large fellowship hall, and a fully equipped kitchen, along with a main office and pastor’s study.

The Vanderpools resigned in December of 2005, and Pastor Tim and Tracy McCain came to be pastors in July 2006. Pastor Tim and Tracy have a renewed vision for First Assembly of God to see the church reach out into the community by building relationships. Under the guidance of Pastor Tim, the service schedule for First Assembly of God has been modified to better accommodate the shift workers of the mine by making Wednesday night a full worship service similar to Sunday Morning Worship. The church has also taken over the ministry of feeding the High School Football players breakfast on game days. This ministry has allowed the church to build relationships with the students and the coaches. 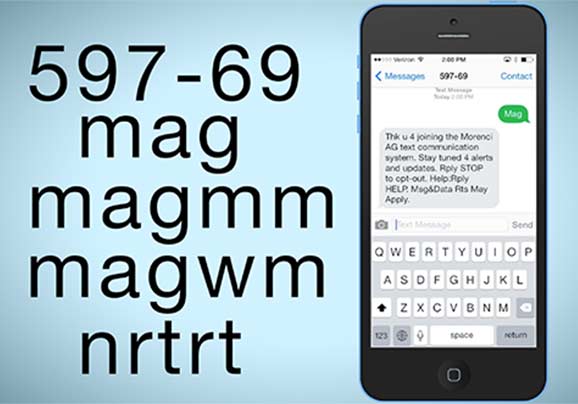